Wednesday last week was a very sad day for canoeing in KZN as we received the news of the passing of Cameron MacKenzie after a long battle with cancer. 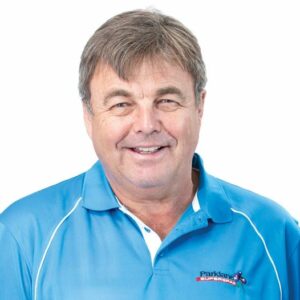 Cameron did his first of 9 Dusi Canoe Marathons in 1990 and led the Dusi organising committee for first 17 years of the 21st Century.

His contribution to the iconic race and canoeing in KZN in general was enormous, not only working as an official and organiser but making huge contributions to the sport as a sponsor of events, clubs, schools and individual paddlers.

Often controversial, Cameron was never afraid to take the lead in the development of the sport he clearly loved so much. He will be sadly missed and long remembered as one of KZN canoeing’s great champions.

Our thoughts and condolences go out to his family and friends at this sad time.

On behalf of the committee, We are devastated by the loss of one of our icons and friend, Cam Mackenzie, passing away on the morning of 13th July 2022.

An inspiration and man who gave it his all.  His contribution to Canoeing is legendary.  He took the Dusi brand to a level which matched, and in most cases surpassed, all major sporting events in this country.  For him, we need to continue this legacy.

Cameron was a behind the scenes guy.  He paid for kids to go to school, paid membership to clubs, not only KNCC, sponsored races, and was genuinely passionate about the upliftment of the sport and people – a genuine friend to all, and someone we’ll miss.

He had enormous respect for the Chiefs and locals in the valley, and as a result so did they.  This respect was earned through a lot of hard work, and has allowed the Dusi Marathon to continue in its current format.

We’ll miss you Cam.  Thanks for what you’ve done for KNCC, KNCU and CSA, and everyone else you’ve helped.

We’ll have a get together at the club in his memory – date to be announced.